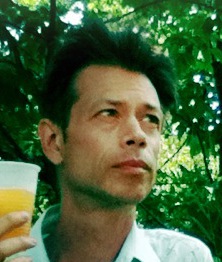 Mike Hoolboom is a Canadian artist working in film and video. He has made over eighty films and videos, though most have been withdrawn from circulation, approximately a dozen remain on view. His work has appeared in over four hundred festivals, garnering thirty awards. He has been granted the Tom Berner Award for community service and two lifetime achievement awards, the first from the city of Toronto, and the second from the Mediawave Festival in Hungary.

He is a founding member of the Pleasure Dome screening collective and has worked as the artistic director of the Images Festival and as the experimental film co-ordinator at Canadian Filmmakers Distribution Centre.

Mike Hoolboom's Website. Includes detailed information of all his written and filmic works. Very comprehensive collection of Hoolboom's essays, interviews, and writings regarding his films on his beautifully designed website.