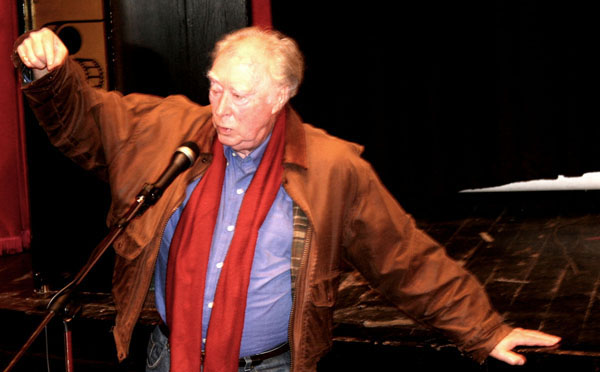 Senior artist and member of the Order of Canada, Michael Snow is a pioneer of conceptualist and multimedia practice in Canada and around the world. Snow was born in Toronto and studied at the Ontario College of Art. After his first exhibitions in the late 1950s, Snow experimented with a variety of media, breaking new ground in many. As a filmmaker, Snow is widely acclaimed: two films in particular, 1967’s Wavelength and 1971’s La Région Centrale, are important avant-garde-cinema works. Through the 1960s, mostly while living in New York, Snow also produced his famous Walking Woman series, a succession of paintings, sculptures and photographs exploring and reconsidering the treatment of the figure in art, all using the same cartoonish silhouette of a woman. (One Walking Woman sculpture was featured at Expo 67.) Since his return to Canada in the 1970s, Snow has engaged with various forms in an exploration of perception, representation, language and sound. (Snow is a noted improvisational musician, having had professional training in jazz.) Honours include the Chevalier de l’Ordre des arts et des lettres, France (1995), the Governor General’s Award in Visual and Media Arts (2000) and the Gershon Iskowitz Prize (2011).

Michael Snow at the Canadian Encycopedia.