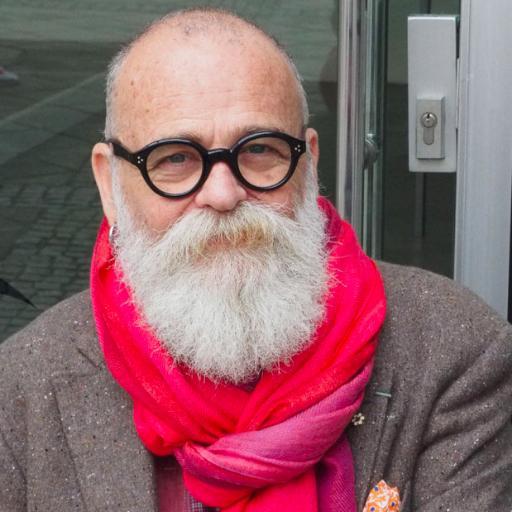 AA Bronson is an artist living and working in Toronto and Berlin. In the sixties, he left University with a group of friends to found a free school, a commune, and an underground newspaper. This led him into an adventure with gestalt therapy, radical education, and independent publishing. In 1969 he formed the artists’ group General Idea with Felix Partz and Jorge Zontal; for the next 25 years they lived and worked together to produce the living artwork of their being together, undertaking over 100 solo exhibitions, and countless group shows and temporary public art projects. They were known for their magazine FILE (1972-1989), their unrelenting production of low-cost multiples, and their early involvement in punk, queer theory, AIDS activism, and other manifestations of the other. In 1974 they founded Art Metropole, Toronto, a distribution center and archive for artists’ books, audio, video, and multiples, which they conceived as the shop and archive for their Gesamtkunstwerk: The 1984 Miss General Idea Pavillion, a kind of meta-museum. From 1987 through 1994, they focused their work on the subject of AIDS.

Since his partners died in 1994, AA has worked and exhibited as a solo artist, often collaborating with younger generations, most recently in his performance series Invocation of the Queer Spirits. Since 1999 he has worked as a healer, an identity that he has also incorporated into his artwork. From 2004 to 2010 he was the Director of Printed Matter, Inc. in New York City, founding the annual NY Art Book Fair in 2005. In 2009 he founded the Institute for Art, Religion, and Social Justice at Union Theological Seminary in New York City, which he now co-directs. In 2013 he was the founding Director of Printed Matter's LA Art Book Fair. He has taught at UCLA, the University of Toronto, and the Yale School of Art.

AA Bronson’s work—as an artist, healer, curator, and educator—is dominated by the practice of collaboration and consensus. From his beginnings in a free school and commune, through his 25 years as one of the artists of General Idea, in his deep involvement with founding and developing collaborative and social structures such as Art Metropole, the NY Art Book Fair and AA Bronson’s School for Young Shamans, and through his current collaborations with younger generations, he has focused on the politics of decision-making and on living life radically as social sculpture.

AA Bronson holds many awards and three honorary doctorates. In 2008 he was made an Officer of the Order of Canada, and in 2011 he was named a Chevalier de l’ordre des arts et des lettres by the French government.